Home › the one and twenty › After the C-Suite, Unity’s Business Model Is Showing Its True Colors Too

After the C-Suite, Unity’s Business Model Is Showing Its True Colors Too 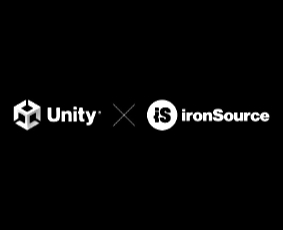 The week before last, at my secret level just drafts, I had some harsh words about Unity laying off their creative and developer staff and lying about it to boot. Now, as Bloomberg reported yesterday, Unity bought ironSource for $4.4b. (Unity calls it a merger, not an acquisition, but Bloomberg says it’s “an all-stock deal valued at about $4.4 billion.”)

Now, there are several interesting points here. First, Apple’s recent changes to its privacy policy makes it a lot harder for companies like Facebook to stalk users on their mobile devices, and both Unity and ironSource felt the pain on the stock market. In other words, raking in revenue through ads instead of creative stuff people enjoy has become a lot harder.

So you would be excused to think that this is a good time to refocus on more valuable products than ad delivery.

An important tool for this is Unity Ads—our monetization solution for mobile games that enables game developers to monetize their entire player base. Advertising has long been and we believe will continue to be the economic engine for mobile games, driving players into their games and driving revenue at scale. Although advertising is facing some temporary challenges right now due to macroeconomic factors, this is a business that has proven itself resilient despite the many ups and downs of economic cycles and regulatory changes. By joining forces with ironSource, the right opportunity presented itself for Unity to go bold and further our mission to be the economic engine/driver for our creators’ success so creators can continue their craft of making games. It also reinforces our strong conviction in the long-term strength and growth of the in-game advertising business.

Not sure what exactly justifies their optimism, particularly against the background of Unity’s failure to create an illegal workaround to bypass Apple’s new privacy policy or ironSource’s track record of distributing malware? Who knows!

Then, the second and much briefer point is this. Bloomberg again:

The two companies have “some overlap,” Chief Executive Officer John Riccitiello said in an interview, citing the two companies’ ad networks and ability to “collect a lot of data.”

Just translate “have some overlap” to “have to fire even more people in the future” to understand what Riccitiello is actually saying here.

Finally, the third point. I’ve always been a great fan of analytics and game user research, and I even created and delivered a miniature crash course for one of my CGL lectures this term. But knowing what your players do within the game to make your game better is different from knowing what your players do in general to deliver ads to them, track them 24/7 to deliver more ads, and maximize their screen time through behavioral modeling, targeting, and optimization to deliver even more ads.

That’s where it’s at, alas. There was a recent Twitter thread to this effect that you want to read in full, but here’s a taste:

Easy money, analyze the top 100 games on App Store charts. Change something enough so that it sounds like a new game. Create a prototype in 2 weeks and they’ll test the market with ads. The game’s whole worth stands on some metric they perfected with countless tries. You later learn how much a download cost[s] the publisher and their ad scheme. If it’s in the satisfactory range, you develop the game further. If not, off to the trash it goes!

You don’t care about the games you make, you care that the publisher renews the contract. You get paid per prototype anyways… This is the loop of hyper-casual games that repeat until you have a game in the satisfactory range. […]

You make games that try to get clicks from their ads. Get people to play a few levels. Spam them with ads until they can’t stand it so they either delete the app or buy a lifetime ad-free upgrade. And this is perfected so much so that a $100 ad test can determine if the game will make $1M+ in revenue or not.

That’s the future of mobile games Unity is banking on.