Home › the one and twenty › The God of Blazing Dung Fires: Monetizing Undesirable Player Behavior 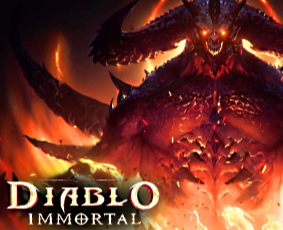 The God of Blazing Dung Fires

In my CGL lecture on Social & Ethical Dimensions of Player Behavior & Game Interactions, we took our time to look at, categorize, and collect countermeasures for undesirable player behavior.

Usually, when you talk about undesirable player behavior, you take the perspective of how to mitigate the myriad of problems that already exist or may lie in wait in the future, and that’s also the perspective most models are built on. You can pick an existing model for undesirable or non-conforming player behavior, beginning with Huizinga’s two categories (spoil-sports and cheats); Suits’s triad (triflers, cheaters, and spoilsports); or Salen/Zimmerman’s matrix (with dedicated, unsportsmanlike, and cheat in the middle, flanked by standard and spoilsport). Or you can build your own model, which we did (based on activity rather than player type categories) and go from there, bring in other findings and frameworks like those from the Fair Play Alliance, and see where it leads you when you design your own games.

But then, games like Diablo Immortal appear, and you begin to ask yourself: how can we ever make progress toward creating non-toxic, inclusive, enjoyable playing environments when major players in the industry discovered that monetizing undesirable player behavior is a much better business proposition?

The latest strike in that department, Blizzard’s Diablo Immortal, isn’t merely pay-to-win. Its viciously oiled money extraction mechanics are conducive to creating a huge underground economy which, as Joseph Cox put it on Waypoint, means that buyers “don’t even need to play the game” anymore.

This underground economy might or might not cut into Blizzard’s revenue stream, but it’s hard to do anything about it when these economic dynamics are the core around which the entire game was built. And it certainly can’t come as a surprise—for the chapter on prototyping & balancing in my book Ludotronics, I dug into the literature on in-game and meta-game economies far enough to know that these dynamics are clear and on everyone’s mind during development. If you have an extreme pay-to-win economy where you need to spend $110K (yes, you read that right) if you want to max out your character, then an equally extreme underground economy will inevitably grow and flourish around it.

If you can make more money by promoting and even intensifying undesirable player behavior than you can make by creating enjoyable playing experiences, that’s a vector no research or recommendations or best practices will ever be able to counter.