Home › the one and twenty › Agency, Autonomy, and Power in The Last of Us

Agency, Autonomy, and Power in The Last of Us 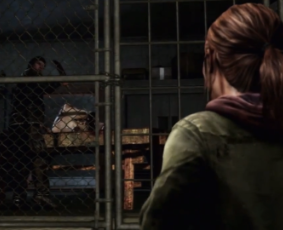 The Last of Us

When the player has autonomy, it means they can decide whether or not to steal that diamond in the first place.

Action-adventures like Tomb Raider or Uncharted, by and large, have no player autonomy whatsoever, and player agency is reduced to the bare minimum of tactical decisions. Usually, that’s perfectly fine. Not only are there all kinds of different game types out there, as it should be. There are also countless players who don’t feel they’re missing out on autonomy or agency while enjoying a good action-adventure.

But in The Last of Us, the lack of autonomy and agency plays out differently.

In a podcast chat with Ted Price from late 2017, around fifteen minutes in, Neil Druckmann concedes that Joel’s decisions at the end of The Last of Us “broke” the game for many players, who put down the controller and quit because they didn’t want to do what the game told them to do. But he justifies giving the player no agency, no choice, by arguing that the player “plays a very specific character who makes that specific decision,” and that this decision is the experience he wanted to convey, the story he wanted to tell, which is “what you would do as a father.”

I see two problems here. The first is about a defective quid pro quo.

It’s certainly fine to design and play a game with a narrative “on rails,” without player autonomy and only the slightest amount of player agency. But when it’s not about sheer popcorn entertainment (nothing wrong with that!), then the quid to this game’s pro should be an experience that tells me something interesting about the world, something new, a challenge that makes me think, an experience that opens up new horizons.

Do Joel’s actions at the end tell me something new about the world? No. What if The Last of Us had not been a game, but a movie? While the camera work or the actors or the effects might garner praise, if as well executed as the game, critics would most likely find harsh words for the ending.

And right there lurks the second problem.

There’s nothing new about killing everybody off for one’s nation, one’s clan, one’s tribe, one’s family. And there’s particularly nothing new about men making decisions on behalf of women, depriving them of their agency, their autonomy, and shield them from the truth.

Ellie, the game’s deuteragonist, is a playable character. She has her own development arc, her own horrific experiences, and her own harrowing decisions to make—by and for herself. Now, neither in the game, nor in the conversation between Neil Druckmann and Ted Price, does it even seem to cross anyone’s mind in passing that Ellie should or could have been given the opportunity—by the writer, by the player, by Joel—to decide for herself.

Basically, what’s at play here is the paterfamilias from Roman law and tradition in all its patriarchal glory, the father who holds the full decision-making power for every member of his family, the power of life and death, like an ancient emperor over his realm.

Yet, being an all-powerful father who makes decisions of life and death is not exactly a novel experience, let alone a horizon-widening one. What The Last of Us does, as a game, is to make this historically and narratively well-trodden experience of unlimited paternal decision power and violent omnipotence—even over the player—more visceral than a novel or a movie ever could.