What America’s Army Was About (Besides Playing) 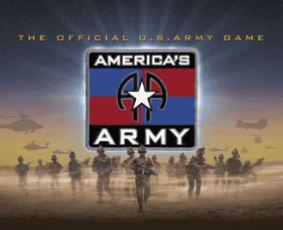 Last week, in a linked-list item at my secret level just drafts, I mentioned that the first-person shooter cooperative multiplayer game America’s Army is calling it quits after 20 years.

Let’s drill into it a bit more and see what the game was about from the marketing perspective.

When America’s Army launched as a free cooperative multiplayer FPS twenty years ago, everybody thought it was about engaging players to enlist and replenish the dwindling numbers of new recruits for the U.S. Army. That wasn’t wrong. But it also wasn’t the complete story—recruiting has at least as much to do with dissuading candidates from applying who are not a good fit, as it has to do with incentivizing people to apply in the first place.

To recap briefly, when you started playing America’s Army, you went through basic training and decided on a career. After passing several tests, you were allowed to play online. Thanks to some conceptual and technical sleight of hand, you always played a U.S. Army soldier fighting the baddies, no matter which team you were assigned to. If you misbehaved as a soldier online, i.e., you didn’t follow orders, shot at civilians or team members, and generally behaved like an asshat, you were court-martialed and put in the can, i.e., you were barred from online play for an appropriate amount of time.

However, not everything was about fighting—America’s Army wasn’t merely a game, but a “strategic communication device.” You could literally explore what being a soldier in the U.S. Army was like at your own leisure and pace, following your interests and aptitudes, and decide if committing to being a soldier in the real U.S. Army was a life decision you wouldn’t immediately regret. According to this archived article from the National Defense magazine, America’s Army had six million registered users around 2006, and 20% of the starting class at West Point and 20–40% of recruited soldiers had played it prior to matriculating and enlisting, respectively.

The trick was, after all, not simply to get recruits, but to get recruits that were a good fit. According to David Michael and Sande Chen in Serious Games: Games That Educate, Train, and Inform (Boston: TCT, 2006), before the game was released, about 13.7% of new recruits would drop out before completing basic training, at a wasted investment of $15,000 per dropout on average. Thus, the point was to give people a good idea what “life in the U.S. Army” was about; dissuade those from applying who had wrong ideas about it or none at all; and spare everyone the trouble and the money.

Plus, there was also a pre-train aspect: new recruits who arrived for basic training at Fort Benning, GA, were already familiar with the training camp’s layout and had a general understanding of how their training would proceed.

This, of course, is merely the marketing aspect; it doesn’t touch upon the political, social, and historical aspects of America’s Army. But these topics are much better suited for a panel discussion, to bring together multiple perspectives, than for yet another single-perspective take on the internet.