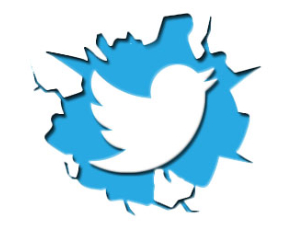 The problem of comments keeps haunting me.

I wrote about this problem before, and my secret level never had a comment section to begin with.

Everything, of course, has a history.

Originally, with respect to blogs, the landscape was more or less settled. Comment sections were lively, and all you had to deal with was a handful of obstinate core hobgoblins and your weekly contingent of drive-by trolls. Then, during the second half of the 2000s, RSS had become all the rage, and fewer and fewer people actually clicked through to the original blog posts. Thus, comment sections atrophied perceptibly, and the comments-to-trolls ratio did not develop in your favor.

Then, comment sections atrophied even more when Facebook became mainstream. For a while, I piped blog posts to Facebook and comments on Facebook back to my blog but pulled the plug after a few months. Facebook broke its API every few weeks on purpose, and in the ensuing hare-and-hedgehog race I was the hare that eventually collapsed. (Also, Facebook is evil.)

Next, Google killed RSS, but that didn’t lead to a comment renaissance on blogs—it led to a marginalization of blogs and the blogosphere in general. (Yes, Google, wanted it that way, because there was Google+ and a few other incentives, and Google is also evil.)

Finally, RSS made a comeback, blogs regained readers and also more comments. Only this time, it weren’t just a few core hobgoblins and drive-by-trolls, this time it was a torrent of toxic sludge kicked off by GamerGate. And, not to forget, every blog that’s been online for more than ten years and has a decent number of inbound links is a gigantic spam magnet. (My provider once emergency-deactivate comments here on between drafts because the spam protection plugin brought their server to its knees.)

For a long time now, I didn’t know what to do.

This week I decided that I don’t care anymore. I closed my comment sections for good and replaced them with a remark that discussions and contributions are welcome on Twitter.

Plus, you can not only comment classically “below” a tweet, you can also quote-tweet a tweet with a comment “above” which then goes out to all of your followers, and things like that. There’s a lot more freedom on Twitter to do things in various ways (even though it is this exact elasticity that often makes Twitter more toxic than other platforms, as people have more opportunities to game the system).

Anyways, that’s that. Comment sections on my blog are closed, discussions on Twitter are open. And welcome!