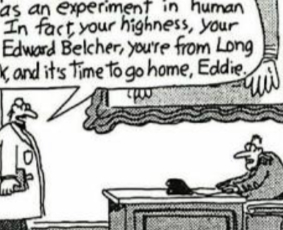 As I’ve already mentioned in my weekly newsletter, I’m off of Twitter.

And I’ll also be off for the winter break after this post!

The week before last, I invested almost three hours to deactivate six dormant Twitter accounts for good, and to freeze another twenty-four—in use or semi-dormant—with goodbye tweets, best wishes, and glimpses of hope for a revival in a better future. Over the years, every project & idée fixe got its own account, and I’d also set up several accounts to serve as substitutes for blog and category RSS feeds after Google killed the Reader. All these accounts had to be attended to, one way or another.

Last week, after Generalissimo Elno commenced banning journalists and critics left and right, nuked Twitter Journal and Spaces, banned outgoing links to Mastodon and other Fediverse instances not only in bios and tweets, but even DMs, and then made linking to other social media platforms and even link aggregators like linktr.ee a ToS violation and banning offense, I also put my primary handle on ice and called it a day.

After that, I took the time to scrub Twitter from my blogs and social media presences and replaced it with links to my Mastodon account. What I haven’t done yet*, though, is looking for/creating a Mastodon icon for outgoing text links on this blog, and for the social media galleries at my secret level just drafts and my Voidpunk blog; both still feature the Twitter icon, but link to my @gyokusai account on mastodon.social.

Where, to be honest, I’m pretty happy right now. It made extracting myself from Twitter a lot easier, but it was still hard. Saturday was my first full day without Twitter in sixteen years, and that felt weird, as you can probably imagine. Sunday, after I had a drink, I caught myself reaching for the phone to check Twitter, if only for a split-second. Which reminded me of the time I stopped smoking, about a lifetime ago, and not having a drink for six months just to be sure. Ah, memories!

Twitter will not survive long under the reign of this petulantly vindictive narcissist. As Ed Zitron put it, quoted by Gruber: “Libertarian psychopaths with too much money are being given the spotlight and they are hitting themselves in the nuts with a kettlebell.” The iron curtainization of Twitter in the name of freedum! is in full effect. Everything these psychopaths do, from the orange fascist to Lord Elno and all their enablers and stooges and lickspittles from pmarca to Gaetz to Greenwald to gamergaters with manga avatars in their bios, is projecting and then inflicting these projections on everybody as soon as they’re in a position of power. If they publicly attack people for anything, harassing democrats, women, LGBTQ+, PoC, or literally anybody, simply imagine them as human billboards who advertise precisely what they themselves already did, currently do, or are going to do as soon as they think they can get away with it.

Anyways. Engagement is great on Mastodon, the dynamics are different, and it’s also already begun to become very funny. All kinds of people flock in now, so why shouldn’t you!

It’s a decentralized network, so you need to choose a server that’s right for you. I joined the original mastodon.social instance five years ago, but if I joined today, I would look for a server that reflects what I do, like game design or writing or something. You can browse servers/instances here** and find something that suits you. But don’t worry! You can follow, and be followed by, anyone on any instance, and you can also switch if an instance pops up in the future whose community better reflects your interests. (You can set up your own instance, of course, but let’s not go into that :-)).

Hope to meet you there soon!

** Sadly, I noticed now that this list of instances is woefully incomplete, and that no complete lists seem to exist. tabletop.social*** for example isn’t listed anywhere. So you’ll have to go and explore, armed with keywords and hashtags!

*** A few hours later, this list of tabletop instances (click on “show more”) popped up in my stream—JUST about tabletop! So whatever you’re looking for, I’m sure you will find it.