Home › collateral tales › How Many Papyrus Scrolls Have You Written Today?

How Many Papyrus Scrolls Have You Written Today? 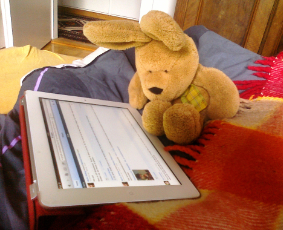 Not counting screen/text editors that were designed for different purposes, it’s as inexplicable as it is amazing in hindsight that people kept writing “pages” in their word processors, and most still do.

Just think about it.

To start with, written works commonly structure their content through the use of what we call words, sentences, paragraphs, subchapters, and chapters. But these are not universals, these are evolved agreements, and they differ across time and space. Even today, there are written works that are structured differently because their structures evolved from different premises; and there are writers who use imaginative structures to convey different meanings through different forms. Yet, these structures have become so natural, so invisible to us that we tend to think of them as mirroring oral speech. But that isn’t true—or fully true—even at the level of words. Nothing in oral speech compels us to use these exact elements and not others in written texts.

But where do these structural elements come from?

Well, writing needs a medium, something that allows to leave marks on it with varying degrees of persistence against decay or erasure. And whatever these media are, they usually come with constraints that suggest or necessitate certain structural elements or preclude others. Depending on the medium they’re written on, from stone tablets to papyri to books, texts are structured differently, beginning with parameters as obvious as text length. But it’s way more far-reaching than that. Binding leafs or sheets of papyrus or parchment together, for example, permitted counting them as internal elements of a book, first as “folios” and later as “pages.” Which made it possible to locate passages within a written text through tables of contents, which in turn had a huge impact on structure. And from these different structures, all kinds of different things evolved that we associate with written texts and take for granted, with genres, and genre space in general, as a prominent example. Different media are certainly not solely responsible for how written texts are structured, but they are powerful evolutionary drivers.

Now, obviously, there are excellent reasons to still structure texts along words, sentences, paragraphs, and chapters. But there is no reason whatsoever to structure texts that we write in electronic media along pages, regardless of their purpose. There, the traditional concept of a page has essentially lost its meaning together with its function. On electronic devices, “pages” have nothing to do with the traditional concept of a page. Space constraints are non-existent or depend on screen and font size per visible unit. Also, you can’t count them! If, on the other hand, written text is meant to be printed out eventually, either physically or into specific electronic formats like PDF, there are desktop publishing applications for that, and they produce aesthetically pleasing results. Word processors, in contrast, have a terrible track record of producing documents that are not singularly appalling. (With the exception of PDFs, e-books have turned out to be equally aesthetically horrific, as a direct result of yet another industry quasi-monopoly that keeps epub standards at the level of crap.)

And to that, add the separation of content and layout, which has been the norm in both traditional and electronic publishing for ages.

I’ve used word processors myself for a very long time, without reflecting on it, from Signum to Star/Open/LibreOffice to Papyrus. They were all great, and LibreOffice and Papyrus are still great! And many word processors now offer a “web view” to remove pagination, and you can also untick “print layout” from the “View” menu in Google Docs to that effect. It’s a step in the right direction—but I don’t know a single person who uses it. Some heard of it, but then forgot about it again. Habit is strong in humans.

So what do I use? For more substantial texts, I use Scrivener on MacOS and iOS, and for less substantial texts BBedit in free mode on my Mac and Textastic on my iPad, and wikis for collaborative writing on the web. Thus, for the writing process, I completely eliminated the concept of a “page”—until I want to turn texts into physical or electronic printing formats. For that, even back then when I used word processors, I always used and still use desktop publishing apps—switching over the years from Calamus (now deprecated) to InDesign (now extortionate) to Affinity Publisher (awesome and affordable). There’s only one exception to this workflow, and that is Movie Magic Screenwriter—but screenwriting needs pages and pagination for a number of reasons that are still valid in the electronic age.

So if you still write on “pages” on a daily basis, why not switch to imitations of equally atavistic stone tables or scrolls?

Then again, come to think of it, writing on scrolls is effectively what we’re free to do now. Only, these new scrolls are not at all atavistic. They’re electronic, they’re infinitely large, and they use links instead of page numbers for their internal structure.

It’s high time we freed ourselves, our creative and academic and professional writing processes, from the tyranny of the page.