Home › creed of reason › This Was Not a Good Week

This Was Not a Good Week 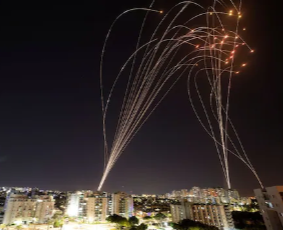 In the first part of the German media landscape, there lives the antisemitic front who lays everything that happens in Israel at the feet of ”tHe jEwS,” notoriously confusing synagogues with Israeli embassies, and attacking the straw man that “nobody is allowed to criticize Israel.”

In the second part of the German media landscape, there live the Christian “conservatives” who indeed reflexively condemn any criticism directed at Israeli politics as “antisemitic”—but they do not love Israel or the Jews. What they love is a right-wing government in Israel that makes their Islamophobia look good in a united front of “Judeo-Christian” values, which aren’t. (Add to that supersessionism, but it’s not as rampant in Germany as it is in the U.S.).

In the third part of the German media landscape, there live the people who can condemn Hamas, a terrorist organization, for raining down rockets on civilians, but who can also condemn a corrupt Netanyahu-led right-wing government that schmoozed with the orange fascist, did everything to escalate the situation, and created pretexts to move from occupation to annexation. If you’re a decent human being, this is the part of the German media landscape where you want to live.

If you inhabit this third part but aren’t quite sure if you know enough to chime in, especially about what had been going down in Jerusalem before everything blew up, here are a few sources for you to start:

Of course can you criticize Israel! Does your criticism pass the 3D test, i.e., does it not delegitimize, demonize, or subject Israel to double standards? If it does pass the test, you’re good! In a nutshell: you can condemn right-wing governments, corruption, suppression of minorities, and creeping authoritarian control everywhere without being “against [insert country]”—without, e.g., being “against the UK,“ “against Hungary,” or, yes, “against Israel.”